As we delve deeper and deeper into this new digital era, the plethora of new opportunities and technological advances that constantly surround us seem only to further the already long list of issues regarding property rights. In an age where hardly anything is truly inaccessible, the once-minimal controversies surrounding copyright and free content have become unfortunately large– And it seems as if most, if not all, creative industries are both benefiting from and struggling with these emerging new concepts of credit, trademarks, and ownership.

The blessings of technology have been known to fuel the creative mind and spirit– Because of these modern advances, the world has been offered many chances to establish brand new expressions and utterly unique art forms. However, these new forms of artistic expression also cause numerous political and financial debates that in the end, seem to over-shadow the miraculous potentials of all cutting-edge technological innovation.

Whether literary, musical, or performative, the majority of professions in popular artistic industries have dealt delicately with the pros and the cons of changing views in artistic expression. Copyright Criminals, for example, is the perfect example of contrasting thoughts within the music industry. The 2010 Benjamin Franzen and Kembrew McLeod produced documentary thoroughly examines the creative and commercial values of music sampling– A controversial new age of hip-hop & electronic music that is fueled purely by emerging technological advances. By remixing, reusing, and reworking bits and pieces of songs by other artists, these modern musicians have been known to generate quite an immense amount of income. With their growing popularity, however, also comes a substantial amount of legal action as most original artists have claimed basic copyright infringement by branding sampling as ‘stealing.’

In a sense, music sampling seems to parallel similar conflicts within the journalistic community. The Huffington Post, for example, has been highly criticized for simply ‘aggregating’ existing news stories, and if looked at from a similar angle, the creation of new music through sampling initiates the same ‘copy & paste’ sort of process. Thus, like in the world of journalism, it comes as no real surprise that both veterans, professionals, and newbies of the music business each hold very different views regarding the morality and true legitimacy of this ‘aggregated’ music. On one end of the spectrum lies those like famed Nirvana producer, Steve Albini, who not only expresses antagonism for sampling, but also feels that it is a “lazy artistic choice [for musicians] to rely on samples.” There are also those like George Clinton, who although himself was a victim of sampling, felt that this new form of hip-hop refreshed and revived his career. Avant-garde artist DJ Spooky, on the other hand, displays mixed thoughts on this touchy subject. Yet despite all the legal battles, conflicts, and continuing debates, many still seem to advocate this new form of art and continue to argue for its survival. The creative artistry involved in sampling has been heavily stressed, and many argue that this whole new way of music was created simply by just “ignoring the rules.” 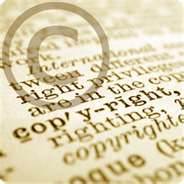 From my perspective, this ongoing issue is undoubtedly a tough situation to actually solve. We are, in a sense, living in a truly digital culture and these new ways of making music seem rather inevitable. The ethics behind the process, however, raises questions in my mind, as I find music sampling both artistically lazy and morally wrong. Conventional thoughts like mine, unfortunately, are rare nowadays and I can only hope for a compromise by urging all modern artists to offer proper credit to the source of their new inspirations. And in addition, to thoroughly attain complete permission before attempting to ‘borrow’ someone else’s hard work. Whether it is the music, the journalistic, or the educational community, passing off another’s work as your own is without a doubt stealing, and as with any sort of creative material, there is a golden rule of thumb that must never be ignored– Cite your sources. Credit your inspirations. Honor your art by choosing to do the right thing.